Hideo Kojima is nothing short of brilliant in his work and has become one of the most well-known names in the gaming industry. With being famous comes a lot of upsides and a lot of expectations from the fans accumulated through Kojima’s work. Needless to say, a lot of people were taken aback when Kojima announced that he was working with Xbox during their 2022 showcase.

Let’s start out by taking a real look at Hideo Kojima. He’s an artist and a human. Neither Sony nor Microsoft own him. He is an artist that should be free to explore creating his dream games on different platforms. Yes, this can mean that certain players may not be able to experience his art firsthand, but this isn’t a bad thing.

Related: Gameplay was front and center in the Xbox + Bethesda Showcase

By using different platforms to explore different projects, Kojima is free to create the projects he is truly passionate about. If he was contracted to a studio, that could be harder to do. While both Sony and Microsft are competitors, they see the value in Hideo Kojima’s work and are giving him the ability to create truly unique experiences like Death Stranding that otherwise would have never made it into the gaming world.

It’s also worth mentioning that Kojima has all but outright said the words “Death Stranding 2 is coming.”

Hideo Kojima, along with every other game company that makes content for multiple platforms, aren’t just sellouts. Companies have long preferred working with certain platforms over others. For hard proof, just look at the third-party support for the Wii U or how Japanese titles tend to make their way onto PlayStation more than other platforms.

Microsoft has a lot of resources, and there are different player bases for each of the consoles. Kojima may want to move away from heavy narratives like we’ve seen in his previous games towards an RPG more akin to something we’d see put out by Microsoft. He could also have written a story, and Microsoft felt it would sit better with their core player base than Sony. There are a lot of decisions that go into the choice to work with a developer. Maybe, there’s a feature that Cloud Gaming can provide that we aren’t aware of, regardless we should trust Kojima’s vision, especially considering his proven track record.

Whether Kojima and other creative minds like it or not, funding a high-quality video game can cost millions of dollars, and that isn’t something most developers can risk ponying up on their own. Hideo Kojima is doing what he loves, and if players are truly fans of his games, they should support him.

Yes, finding $300 for the base Xbox Series S model isn’t realistic for a lot of gamers, especially if they aren’t into Halo or Gears of War, but most games available on Xbox come to PC. In truth, there have been many games over the years that you lose out on because paying for every gaming platform just isn’t a realistic investment for many gamers.

That’s ok, though. Platforms will eventually come down in price, ports are a huge part of gaming at the moment, and sooner or later, you will have the chance to play Kojima’s next game. As an industry, we need to take a step back and let these creative professionals start making more content regardless of the platform. Too many titles just follow a safe path, with no real risks to shake things up. This leaves us with a string of stale releases that honestly can be a worse waste of money than buying a Series S will ever be.

In short, Hideo Kojima has a brilliant mind, and fans should support him no matter where he goes and what he decides to make.

Jesse Roar is Press SPACE to Jump's resident otaku and Genshin obsessed writer. Jess is an industry veteran who takes pride in working with JRPG and indie developers. Along with gaming, you can find them collecting anime figures and having too much faith in Isekai anime. 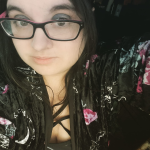 Jesse Roar is Press SPACE to Jump’s resident otaku and Genshin obsessed writer. Jess is an industry veteran who takes pride in working with JRPG and indie developers. Along with gaming, you can find them collecting anime figures and having too much faith in Isekai anime.

How Good Is It? Splatoon 3

How Good Is It? The Last of Us Part I

How Good is it? Saints Row

How Good is it? Stray

How Good is it? Xenoblade Chronicles 3

How Good is it? Bear and Breakfast