It’s been a rollercoaster of a week for those of us awaiting Platinum Games’ upcoming action game Bayonetta 3. For those of you who missed it, Hellena Taylor, Bayonetta’s original voice actor, recently released a series of videos detailing why she would not be reprising the role in the next game in the cult-favorite franchise, namely that she was offered an insultingly low rate of $4000 for her work on the game, and summarily replaced by Jennifer Hale.

Recent reporting from Jason Schreier over at Bloomberg complicated the story somewhat, with multiple sources (and documentation) from Platinum Games claiming that Hellena Taylor was actually offered a $4000 rate per recording session, equating to a rate of between $15,000 and $19,000, which is around the industry standard for that type of work. The situation has become very muddy, with well-meaning gamers wondering whether their purchase of Bayonetta 3 has become a moral issue.

The answer, of course, is no — that consumption is never advocacy on its own, and your decision to purchase or not purchase Bayonetta 3 won’t really move the needle one way or another on the larger landscape of ensuring voice actors are paid fairly for their work. Hellena Taylor’s video encouraged people to take the money they would have spent on the game and donate it to charity instead, and that is a great way to effect real change.

So if you’re boycotting Bayonetta 3, or are buying the game and still want to support a good cause, here are our favorite charities and projects to donate to!

The Best Charities For Bayonetta 3 Boycotters and Buyers

There are many wonderful funds and groups out there working to ensure Americans have access to safe abortions even in states that are criminalizing the act, and the Buckle Bunnies Fund, a mutual aid-inspired organization working for reproductive rights, is one of the best out there.

Since 2014, Trans Lifeline has been instrumental in offering a police-divested, community-led peer support network for trans people in crisis. They have fielded over 100,000 calls and disbursed over $1,000,000 so far in an effort to build a world where trans people have, per their vision statement, “the connection, economic security, and care everyone needs and deserves – free of prisons and police.”

The Campaign for Southern Equality

The mission of The Campaign for Southern Equality is to ensure that LGBTQ+ folks in the South have equal rights, as more and more of those rights are under attack. Their advocacy through litigation, community organizing, and education is more important now than ever.

The cash bail system is one of the most disgusting reminders that in the United States, the justice system does not treat poor folks and rich folks equally. The National Bail Fund Network lists over 90 funds that regularly post bail to free people from being detained pre-trial for both criminal and immigration cases, all organized by location and separated into immigration and pre-trial funds, so that you can ensure your donation is being used locally and specifically.

The National Network of Abortion Funds

If you want to be sure that your donation in support of reproductive rights is going to good use locally, the National Network of Abortion Funds is a great resource. Your donation can either be split amongst all abortion funds, or you can search locally, to be able to make a difference in your own neighborhood.

The good folks over at Waypoint are actually hosting a charity stream until October 21st in support of the network as well, so be sure to check that out!

Founded in 1971, The Southern Poverty Law Center has now been fighting for civil rights for over 50 years. From their tireless work identifying and defanging hate groups around the country to their dedication to ensuring that the most vulnerable among us get fair treatment under the law, the SPLC’s work is truly vital.

Wanting to give more locally? Mutual Aid Hub has you covered with an interactive map listing all of the mutual aid funds in your area. 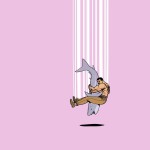 Pokemon Scarlet and Violet: All of the pseudo-legendaries in the game

All of the Returner Rewards in Pokemon Scarlet and Violet

All of the starter evolutions in Pokemon Scarlet and Violet

Pokemon Scarlet and Violet: All of the version exclusive Pokemon

All of the starters in the Pokemon series: Gen I-VIII

All of the new Pokemon in Scarlet and Violet