I have no particular allegiance to the Marvel universe, other than Squirrel Girl and buff men looking hot. I’m as shocked as you are to report that Marvel Snap — the newest free-to-play mobile card-collecting game from the titular superhero hivemind — doesn’t feel quite as weighed down by contractual multiverse baggage. If you need a nudge, here it is: game good. For now.

If you were hoping Marvel Snap would avoid the pitfalls of the free-to-play genre, look elsewhere: multiple in-game currencies, cosmetics, and a season pass make an appearance. Nothing has felt underhanded yet, but it’s still worth mentioning — the free-to-play business model uses well-documented methods to make purchases easy and impulsive. All the seeds for exploitable user behavior are here, even if they’re not overt. Use your best judgment.

The Short Version: Know Your Limits, But Press Your Luck

Marvel Snap is a fusion between the card structure of Hearthstone and a turn-based version of Clash Royale. Matches have been short, strategic, and frequently surprising. Each one relies on hiding information from both players, so the power imbalance never feels too harsh or unfair. Hidden information keeps rounds and deck compositions from becoming too predictable, leading to some wild last-minute reversals. I’ve had area scores shoot from zero to double-digits and cards that suddenly spawned to all regions of the board. An undercurrent of unpredictability keeps everything in check, lessening the sting of a loss and turning each win into genuine bemusement.

The Long Version: Stats and Mechanics for Nerds

Marvel Snap has strict limitations, but those boundaries make the game really sing. Twelve cards, six turns, and three areas of play. Player decks have twelve cards in total. You can place these cards across three locations on the board. Each area can only hold four cards per player. Three zones, max four cards per zone. Every card has its own energy cost (what you need to play it) and power level (how much it adds to your score). Your energy starts at one and ticks up (2,3,4, and so on) each turn, which limits what cards you can use right away.

Each location on the board has its own effect on your cards, and you won’t instantly know what they do. The left zone is revealed on turn one, the middle zone on turn two, and the right zone on turn three. Some effects reward you for having cards in the area or add to your score. Others subtract from your score or add junk cards to your hand. There’s no discernible pattern to area effects in the matches I’ve played, and there are rarely repeats.

Marvel Snap layers in mechanics that incentivize predicting your opponent’s moves (or at least throwing them off the trail). Boost your power after correctly guessing their card placement, and clog their hand up with (seemingly) useless filler. After a certain level, you can also start wagering your rank on match outcomes. Matches start at one rank point per player, but if you’re feeling confident, you can — you guessed it — snap to increase that bet to two. Snapping works like a fighting game taunt: if you’re not careful, you will pay in hubris. If you can lure your opponent into a false sense of complacency and make them snap early on, those tasty ranking cubes are yours for the taking.

I’m deeply annoyed that I like Marvel Snap this much. For better or worse, Marvel has homogenized mainstream superhero media and its packaging. The game structure is fun, but I’m wary of the free-to-play business model and Marvel’s overall goal for the game. Is this another attempt at a mobile game revenue stream? Another branch of their long, long marketing arm? For now, I’m tempering my expectations. This could just be a solid card game matched with a proven IP; considering the volatile state of the free-to-play landscape, I’m keeping one eye open. 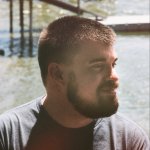 Star Ocean: The Divine Force Impressions- If You Give A Victorian Child A Dorito…