CD Projekt Red and Konami’s mixed media approaches have revitalized their fanbases. Befitting its name, news on the Silent Hill franchise has been near nonexistent for years. However, Konami recently revealed multiple Silent Hill games in addition to a film adaptation project titled, ‘Return to Silent Hill’. The project is being helmed by Christophe Gans, the director of the series’ very first film.

This type of approach isn’t exactly new. Series like Final Fantasy and Pokémon have regularly made use of toys and tie-ins, but we’re starting to see a major increase in the quality and quantity of these projects.

Recent projects such as Cyberpunk: Edgerunners and Arcane: League of Legends have achieved critical acclaim. They offer self contained stories that allow people to enjoy the same worlds so many gamers do. Games can present economic and technical barriers. They become more accessible when audiences are allowed to engage with these worlds through TV and movies.

Watching Tekken: Bloodline could drive a new player to pick up a fight stick. The Castlevania animated TV series might reignite interest in old school classics.

Exposing audiences to your world in one medium, often draws them to it in another.

This sort of marketing has reinvigorated interest in Cyberpunk 2077. Burdened by a buggy launch, the title’s received a steady stream of updates. At the time of this article, it now sits as the 11th most played single-player game on Steam (SteamDB).

Similarly, I look forward to seeing future game adaptations. Both live action and animated projects can help to restore an audience’s faith in a franchise’s direction.

Sonic Frontiers releases later this year hot off the trail of two well received movies. Countless people will get to see Joel and Ellie’s journey for the first time in the HBO’s The Last Of Us adaptation.

Over the next few years, we’ll be seeing more. Devil May Cry and Nier Automata will both be receiving their own anime series. There’s even a Metal Gear movie in the works. In a world where Jack Black will be playing Bowser, perhaps live action Chocobos and Fashion Report Fridays aren’t too far off.

Whatever I have to do to get a Bloodborne movie by Guillermo del Toro, I’m all in.

Hey, I'm Kendal. If I'm not deep diving into lore, I'm probably struggling in a boss battle. Some of my all time favorites include Dishonored, Final Fantasy, Katana Zero, and Nier. 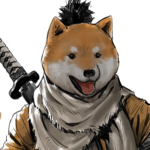 Hey, I’m Kendal. If I’m not deep diving into lore, I’m probably struggling in a boss battle. Some of my all time favorites include Dishonored, Final Fantasy, Katana Zero, and Nier.

Star Ocean: The Divine Force Impressions- If You Give A Victorian Child A Dorito…