Maglam Lord has been described as a “vibrant action JRPG” with real-time combat, weapon crafting, and relationship building. My experience felt more like an enhanced visual novel, which is not bad!

This game’s quality depends on how you judge the experience. Maglam Lord has more action elements than a standard visual novel and more character development than a traditional fighting game. However, it skips over minor details to provide a broader range of variety, which makes tradeoffs that could disappoint fans of either genre.

The game’s main character is Kililzerrk, a demon Bladelord who wields weapons strong enough to kill the gods. (Players can choose either a masculine or feminine appearance for Killizerk, while in-game dialogue always uses the pronoun “they.”) However, the prologue left Killizerk so weakened that they can only transform into Maglam blades that other party members wield.

Maglam is used as an adjective and a noun, describing super-powerful items that players must carefully control. Divine artifacts and other-worldly powers drive the plot in new directions, but it’s a fun ride for gamers who don’t worry too much about consistency.

Most of the narrative appears with standard VN conventions: detailed character portraits trade dialogue in front of static backgrounds to suggest a more dynamic scene. The voice acting is energetic and passionate but only available in Japanese. The characters explore a setting that is an oddball mix of divine mythology and modern-day tech, although several hints suggest that things aren’t as advanced as they seem.

Compromises Must Be Made

Crafting is an excellent example of Maglam Lord’s approach to game design, skipping small details in favor of a wide variety. Players can craft more than 50 weapons out of more than 100 different items collected from 140 enemies, but none of the weapons, items, or enemies have much of an in-game description. Every axe, spear, and sword looks different, but only their attack values matter.

The combat in Maglam Lord suggests a side-scrolling brawler: you hit monsters, and they go flying. There’s a complete set of instructions for performing various combo moves, but none are necessary. Mashing the attack button does a fine job of pounding on your opponents, and they can knock you out of a combo just often enough to make it feel like an actual challenge.

Maglam Lord also has dating storylines. Because Kililzerrk is an “endangered species,” the protagonist must take drastic action to avoid extinction. Kililzerrk can go on “dates” with every date-able character, regardless of their masculine or feminine appearance. These sequences may be the least suggestive part of Maglam Lord, referencing love and emotion in general without discussing the biological processes involved.

Relationships in Maglam Lord are less complicated than the social dynamics in Stardew Valley or Story of Seasons — instead of something like Kindness Coins, this game asks players to make obvious choices that signal when they are interested in learning more about a character’s story arc.

Maglam Lord ends up in an unusual niche. It has better production values than a budget title but doesn’t offer enough to compete with a full AAA release. This makes it a lot of fun when expectations get set appropriately. It was perfect for those days when I just wanted to punish enemies by mashing buttons, and the accompanying story was a pleasant bonus.

Curious about what each of our scores means? Visit the Press SPACE to Jump Review Scale for more information.

Peter M.J. Gross has been on the internet for longer than he'd care to admit. His favorite games include Star Control II, Patrician III, Dragon Quest: Builders, Phantasy Star II, Rune Factory 4, and the Suikoden series. 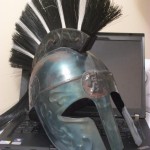 Peter M.J. Gross has been on the internet for longer than he’d care to admit. His favorite games include Star Control II, Patrician III, Dragon Quest: Builders, Phantasy Star II, Rune Factory 4, and the Suikoden series.

How Good Is It? Maglam Lord

TMNT: Shredder’s Revenge Review: I Love Being a Turtle!