In total, there are six playable classes in Elder Scrolls Online. Furthermore, each of those Classes has three distinct Skill Lines that you can choose to build into. Below you can find each Class and its different Skill Lines.

The Dragonknight looks to take the fight to their foes while utilizing fire spells and unrelenting force. They are masters-at-arms who are trained in the ancient Akaviri martial arts. The uncompromising tour de force that is the Dragonknight can rain down fire, call upon the ancient dragons, or even draw power from the earth.

These conjurers of the arcane can wield magical spells and harness the horrors of Oblivion. Sorcerers can suppress and overwhelm foes while supporting allies, all with the unlimited power they possess at their fingertips. They can summon Daedric monsters to fight for them, wield dark magic, and hurl lightning bolts to strike down any enemies in their path. THis is one of the strongest ELder Scrolls Online Classes

A fan favorite of all Elder Scroll Online Classes, Nightblades rely on stealth, daggers, and speed to survive. These cunning rogues attack from the shadows to drain health before returning to the darkness again. You can assassinate and suck the life force from your enemies, and embody darkness to sneak in close or get away unscathed.

As Warriors of Light, the Templars call upon the power of the burning sun to deal massive damage. With this cleansing light of the sun, they can snuff out all of the Darkness across Tamriel. They can wield weapons made from hard light and then engulf them in flame. They can also use the light from the sun to restore the Health, Magicka, and Stamina of their allies.

The Warden is a guardian of the wilderness. They draw power from nature itself and then unleash their fury on unsuspecting foes. Wardens summon beasts from the wild, command frost, and surround themselves in the impenetrable shield that is nature. This is one of the Elder Scrolls Online Classes that was added with the Morrowind update.

Necromancers possess and then command the dead to do their bidding. Masters of the dark arts, these Necromancers can call upon the dead to overwhelm their foes while empowering themselves. They can imbue their thralls with various elemental powers as well as use the dead for a shield. Their power to raise the dead also extends to allies, being able to revive downed companions. Being one of the newest Elder Scroll Online Classes, the Necromancer is only available as part of the Elsweyr Chapter or Necromancer Class upgrade in the Crown Store.

What role does each ESO Class fill?

Elder Scrolls Online, being an MMO, still uses the typical role system that you would see in other popular MMOs. The main difference is that any class is able to play any role they so choose. The devs strive to reach flexibility in play that no other game in the genre can offer. All Elder Scrolls Online Classes are able to build as a Tank, Healer, or DPS. Furthermore, you can easily switch between roles on the fly just by switching up your gear and skills.

There you have it, those are all of the Elder Scrolls Online Classes and Skill Lines. With the flexibility that each class has, you can feel comfortable choosing whichever class piques your interest the most, as all classes can complete all content.

My name is Mason! I am a 3D Artist and Writer that has been playing video games since I was old enough to hold a controller. I am naturally drawn to games with a strong narrative but can find just as much joy in the gameplay. You can find me either playing some popular MMOs or engaged in whatever story-driven titles pique my interest. 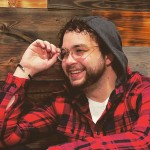 My name is Mason! I am a 3D Artist and Writer that has been playing video games since I was old enough to hold a controller. I am naturally drawn to games with a strong narrative but can find just as much joy in the gameplay. You can find me either playing some popular MMOs or engaged in whatever story-driven titles pique my interest.

How to watch the Final Fantasy XIV Live Letter

Each of the characters in Street Fighter 6

MultiVersus: Who is in the free character rotation?

All of the FFXIV Callback Campaign rewards

MultiVersus: All the latest Patch Notes